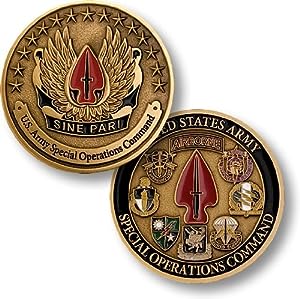 They climbed the cliffs of Normandy and prowled the jungle trails of Burma. They mastered the hills of Korea and waded through the rice paddies of Vietnam. They weathered the cold political climates of the 1970s and emerged stronger than ever in the 1980s.

They are the Army's special operations forces, and for more than 40 years they have been America's elite spearhead. They include such fabled units as Special Forces (SF) and Rangers, and such relatively obscure ones as those involved in Psychological Operations (PSYOP) and Civil Affairs (CA). But no matter how famous or obscure they are, they all have one thing in common. They are the one of the Army's main weapons for waging unconventional warfare in an age when conventional conflicts have become increasingly rare.

In the future as in the past, American special operations forces will be called upon to conduct crucial missions in the face of overwhelming odds. It is a task they can look forward to with confidence, because the tradition of Army special operations is one of excellence. It is because of this record that present- day unconventional troops have adopted as their motto the Latin phrase "Sine Pari" -- "Without Equal."

only $58.91
Not Available
View Add to Cart
CERTAIN CONTENT THAT APPEARS ON THIS SITE COMES FROM AMAZON SERVICES LLC. THIS CONTENT IS PROVIDED 'AS IS' AND IS SUBJECT TO CHANGE OR REMOVAL AT ANY TIME.